By Joe Hickman and Victoria Garofalo on April 30, 2013 | Leave a comment

The Phils  finally have their full everyday lineup intact. With that said, he comes the Young “fat jokes” and whatever else comes to mind. The Phils have not said whether he will be the “DH” tonight or playing right-field yet. If I had to take a wild guess, I would say its a safe bet that he will be the DH tonight.

To make room for  Young on the 25-man roster, the Phils designated Ezequiel Carrera  for assignment. It will be very interesting to see which  “Delmon Young” shows up this year? The one from three years ago (.826 OPS) or the one from last year (.707 OPS).

Young will likely bat 5th, if he plays.

I will spare everyone from another rant about the I.O.C getting rid of wrestling in the Olympics like I did  in my article from a few months ago.  We all know its ridiculous and absurd! Okay that’s all ill say.

This video narrated by Jay Mohr has me pumped up right now!  The way he explains the dreams of high school and college wrestlers of making it to that next level (the Olympics) and how there is really no professional level, like in other sports.  The only taste of the professional level these wrestlers have is being taken away from them.

In a TurnBuckle Rumor Mill from two weeks ago it stated a possible return for Dave Batista.  To follow-up that rumor The Animal  tweeted a comment that just might have confirmed his return to the WWE.

“Very rewarding long week. #IMissTheDaysWhen I could entertain you live and in person, but #TrustMe, you’re going to love what’s coming…”

I got away from this but I really wanted to circle back and give you guys and update on how my fantasy baseball team is doing.  You may remember about 4 weeks ago I gave you guys a rundown of my team and told you I was going to update you every week or two on the progress of the team.  Now some of you thought I probably had a horrible start to the season and I didn’t want to talk about it, but on the contrary, EAST COAST BIAS is making a move!

As of when I was writing this article, I am currently holding a 3-1 record and riding a 3 game winning streak. Within any winning streak you have to have a combination of luck and some studs doing their job and I have had my fair share of each. Alex Rios, Troy Tulowitzski, Cliff Lee, Shelby Miller and Mike Minor have been amazing contributors to my strong start.  I am holding my breath on Tulo, hoping that he only misses a short time, but with his history of injuries it doesn’t look to good.

I can’t think of a player in fantasy baseball that has had a poorer start to the season than Jason Kipnis!  What a blown pick?! I’d like to take a second to thank my lucky stars that I was able to get Josh Rutledge.  Also, what is the deal with Ryan Zimmerman?!  Dude has been totally flat from opening day then he does and lands on the DL.  I didn’t want to take him because of his injury issues and off course he gets hurt two weeks in.

I got a good problem that I don’t know how I am going to handle.  I have Hanley Ramirez, Curtis Granderson and Brian McCann all due to come off of the DL soon and I do not know who to drop as I feel all of my players have solid to great value.  I am not getting anywhere on the trade market right now so I am getting pretty frustrated.  These Overbrook cats don’t like the know-it-all surbanian.

First, I am praying that Puljos can go on the DL soon and get his foot fixed so that he is ready come play-off time.  I really don’t need him right now, so some R and R for Puljos in May thru June would be awesome for me and many other owners out there.

Secondly, 2 of my next 3 opponents should be very beatable teams for me.  This week I go against  Down the Hill’s Illiest who is sitting at 1-3.  Looking at my match-ups, I should get a W.  Next week will be a bit tougher as I face a team currently 4-0, but the week after that I get a bit of a break.  I’ll be facing a team with no wins as of now and if the next 3 weeks go chalk, I’ll be 5-2 with June right around the corner.  The key is to make sure I beat the 345 Boyz….this league is so hood.

Puck Head: Bryz to the Media: “What have you done for the city?”

In the middle of the Phils sweep over the Mets and the Eagles draft this weekend, I forgot that the Flyers had a game left to play. If it wasn’t for Bryz I would have definitely forgot about the Flyers.

There is no doubt that the media can be a pain in the ass in this city and one of the Flyers writers is right at the top of that list. That would be Tim Panaccio. Don’t get me wrong, the guy knows his stuff. At times though, he seems to be personally attacking a player. That player always seemed to be Ily Bryzgalov.

Well, Bryz went off today and it was fun to watch.

Well, this turned out to be an interesting weekend for the Birds. Moving up and grabbing Barkley? Damn, no one saw that coming. If  you said you did you’re a flat out liar and to take a quote from Monty Python,” I fart in your general direction”.

The two quarterbacks that we heard about were Manual and Geno obviously, because of Kelly’s “system”. You know what this tells me? Chip was not lying when he said that he wants an accurate and a quick decision maker behind center. Looks like Vick’s days are numbered, as well as Foles it would seem. Foles becomes a casualty of being drafted by another coach for another system. BUT with all that said, Chip said it still is a “wide-open” competition. Foles and Vick split first team snaps in Chip’s first mini-camp.

With Barkely, the Birds get a guy that was a Top 15 pick last year even with the likes of Luck and RG3. Barkley went back to  school to win Heisman and National championship. What he got was an early loss in the schedule to then #21 Stanford ending USC’s potential BCS national championship run. Then went on to lose 5 games last year, as well as losing to rival UCLA for the first time in six years. In that game Matt was knocked out with a separated shoulder and ending his college career.

All that doesn’t matter with Chip. Chip’s Oregon Ducks played against Barkley’s USC team plenty of times and Chip loved what he saw in Barkley:

There’s a quality about Matt you always liked,” Kelly told the NFL Network. “He’s an unbelievable competitor. We’re looking for a quarterback who can get us into the end zone and help us score points, and Matt can do that.” via CBSSports

Barkley’s last two games against the Ducks  he was 61 of 88, with 807 yards, 9 touchdowns, 3 interceptions and a passer rating of 117.9. via CBSSports
So maybe the Birds did get their QB of the future. Just maybe the Birds thought they could get Barkley late in the draft as they did. And just maybe they had Barkley at the top of their list of QB list after all. With that said, I will end  with a quote  from Chip Kelly on a QB:

With a quarterback, it’s like a tea bag. You don’t know what you have until you put it in hot water,'” said Kelly.

OK, good. I thought he was talking about this guy at first.

Even though Justin Pugh is now a part of the dreaded New York Giant it’s good to see a local kid make it. Pugh is from the Bucks County area and it would have been nice to see him in an Eagles uniform. From everything I’ve heard of the kid  it couldn’t have happen to a better guy. And as you can see from this video he has a lot of people around him that feel the same way. I’d take this reaction over anything that could’ve been provided at Radio City Music Hall. 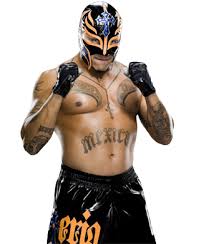 In a report on Wrestlinginc.com the high flying Rey Mysterio is set to have his return sometime after this years Money In The Bank pay per view on July 14th.  He is also schedule for the RAW Australian tour later on that month.

Its going to be great seeing this high flying superstar back in action.

Here is a look at Stone Cold’s Broken Skull Ranch monster truck.  It was on display at Outdoor World in Naples, Florida.

In case you don’t know what Broken Skull Ranch is, it is a ranch located in Tilden, Texas owned by WWE great Stone Cold Steve Austin.  It was always one of his dreams growing up to own a ranch where he can hunt big deer.  The name he came up with because he pretty much had to break his skull to get to where he is today.

Check out the web site for more details at brokenskullranch.com

Philer Up! Rollins leads the team in pitches seen per AB. Yes, I said that right.

By Joe Hickman and Victoria Garofalo on April 26, 2013 | Leave a comment

As I was trying to watch the replay of that shitty Phils-Pirates game yesterday, I found myself surfing the World Wide Web instead. I found some interesting things, like what cites have no chance of surviving in a natural disaster. From what I read, New York and Seattle have no chance of surviving. Every New Yorker should just own a boat and in Seattler’s should start drinking Mud-Slides.

Then I figured to look up the Phils as a team OBP. Well, I obviously found the answer. They’re ranked 11th in the National League and overall they’re 23rd with .300 OBP, going into yesterday’s game. But what I found out next might surprise you. Rollins leads the Phils with pitches seen per abat with 3.99.

Yes, “first pitch swinging” Jimmy Rollins. Yup, that surprised the hell out of me.  Rollins is ranked 19th in the NL and overall is ranked 60th. I swear, I doubled checked this. The second most pitches seen on the Phils is Dom Brown at 3.89 per abat. Brown is tied with Michael “All I do is hit Singles” Young with 8 walks for the team lead. Utley is third with 3.83 per abat.

Usually when see more pitches the better the hitter you are. Well, that is what thought. Last years MLB leader in pitches per abat was Dodgers catcher A.J. Ellis at 4.44. Believe it or not, he leads the NL this year so far again with 4.40 per abat. Don’t get me wrong, there was still good hitters in last years top ten.

Joe Mauer (4.32) and Buster Posey (4.26) were both in the top ten. But what I have learned is that its good to be selective but some players are too selective. For instance Adam Dunn finished second last season in the MLB with 4.43 per abat and he batted .204. Adrian Beltre (3.65) finished 114th overall last season but batted .321.

Rollins actually lead the Phils last year as well, with 3.72 per abat. My bad, I was wrong. The guy who lead the Phils in pitches seen last year, that would be old friend Hunter “I Just Swing Without A Care” Pence (3.83). Now I am officially confused.

Here are the rest of the Phils:

Sites Where I Write